Lauretana Arte is a workshop where different techniques coexist giving life to unique art pieces. From artistic stained glass windows to mosaics, from frescos to sculptures to restoration, each process is the result of perfect planning and a combination of technical mastery and artistic invention. We work to arouse emotions and wonder and turn mastery into art.

Massimo Clara was born in Rome and began at a very young age to work in the family business. At the age of twenty-four he moved to Pesaro and began to work in the art sector, starting intense contacts and various collaborations with local artists and artisans.

The religious experience is at the heart of the company established in 1994 under the name, denoting the Le Marche region – Italy – of Lauretana Arte.
The name for the business was in fact chosen to entrust it to the protection of the worshipped Madonna di Loreto of the universally known Basilica, on the year of the 7th hundred anniversary since its foundation. 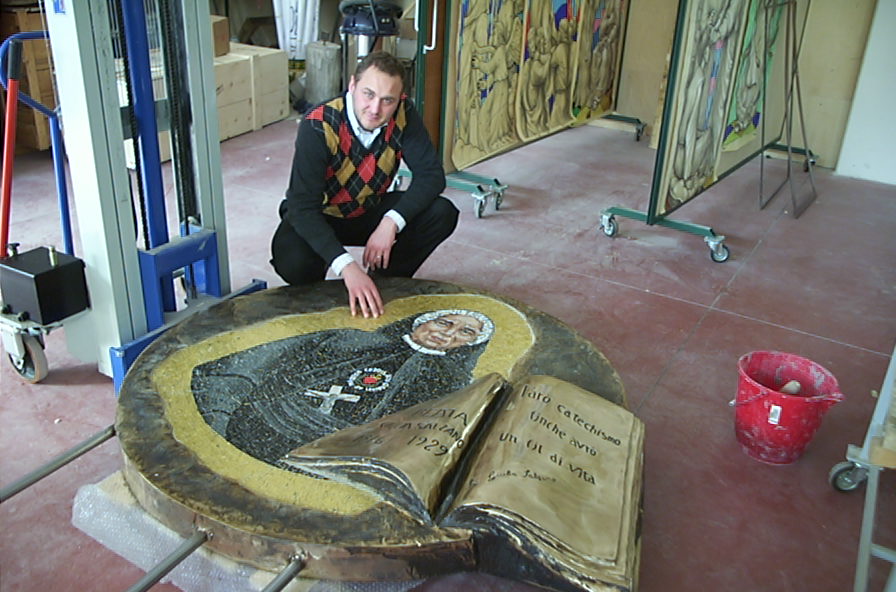 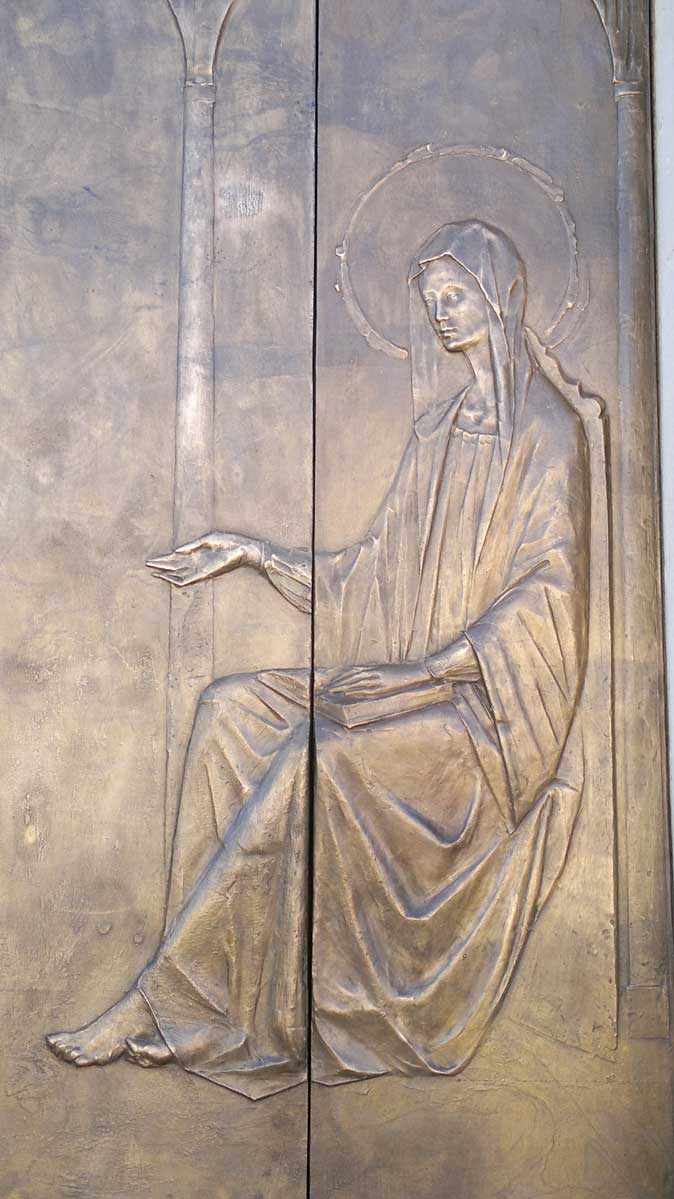 The artistic laboratory was initially established in Montegiano, in the hinterland of the province of Pesaro – Urbino, in the premises part of the parish led by Fr. Nestore Galli.
That parish became in time an exhibition gallery for Lauretana Arte’s works, since, over the years, the company has created for it not only stained glass windows but also doors, a via crucis in bas-relief and a sculptured cross for the presbytery. 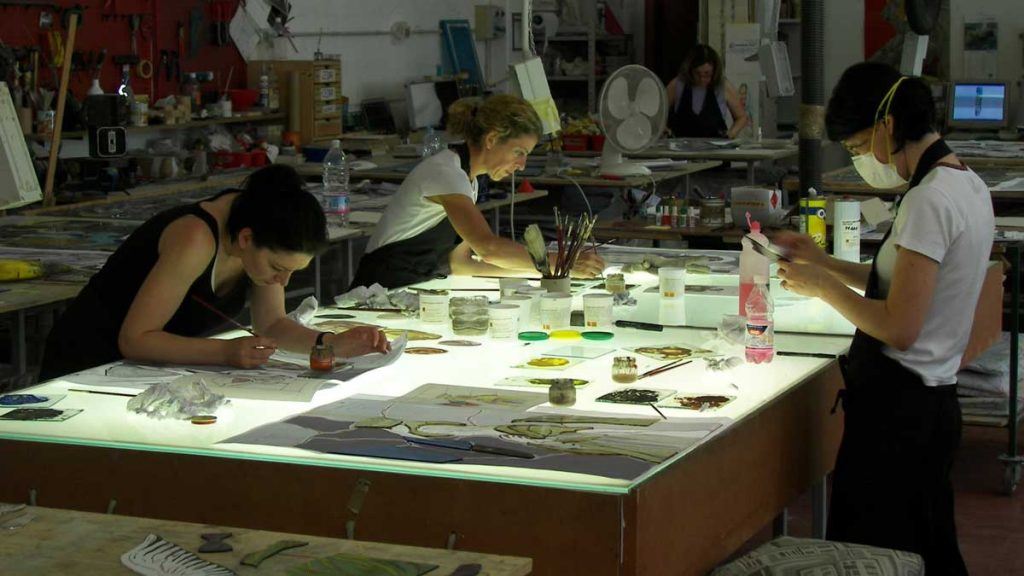 In January 2000 the company moved to the industrial area of Mombaroccio where it still is to this day, developing projects and managing a wide range of orders, products and coordinated services.

Massimo Clara’s experience is key to understanding the client’s needs, in both original works of art and restorations, along with the expertise of Lauretana’s master craftsmen in the execution.

Since the early nineties Lauretana Arte has also been active as a supplier of furnishings for churches. Over the years the company has progressively developed its production to suit the needs of private clients. 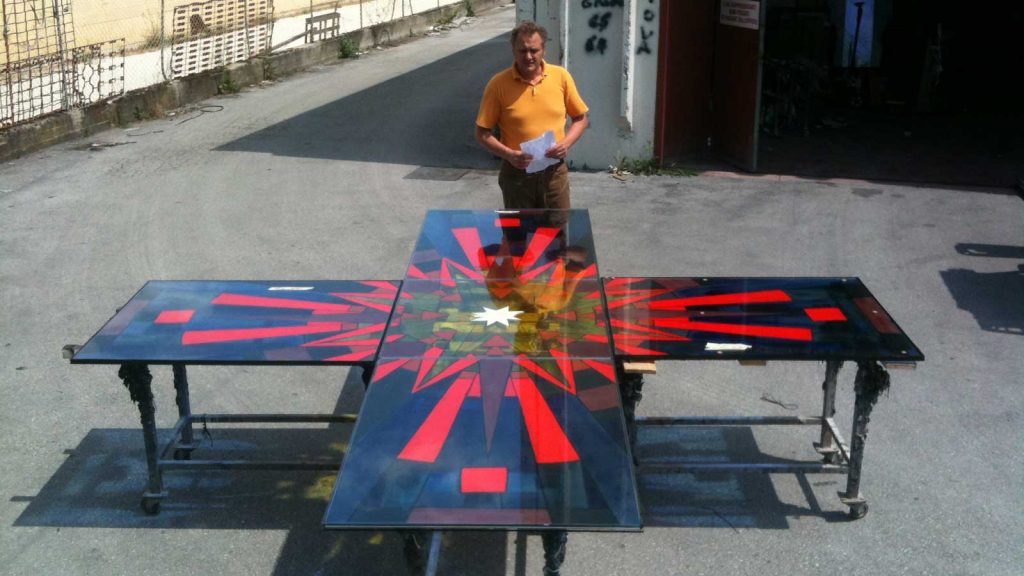 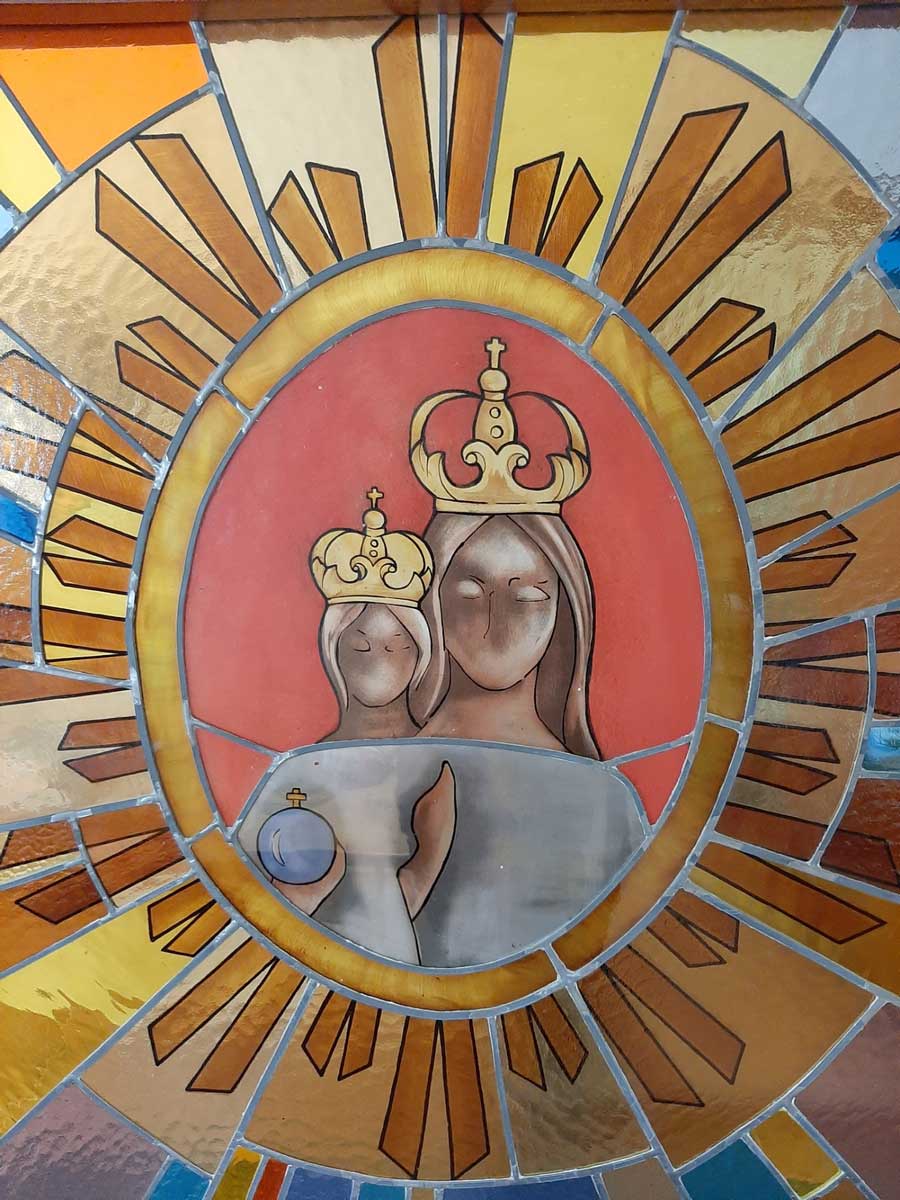 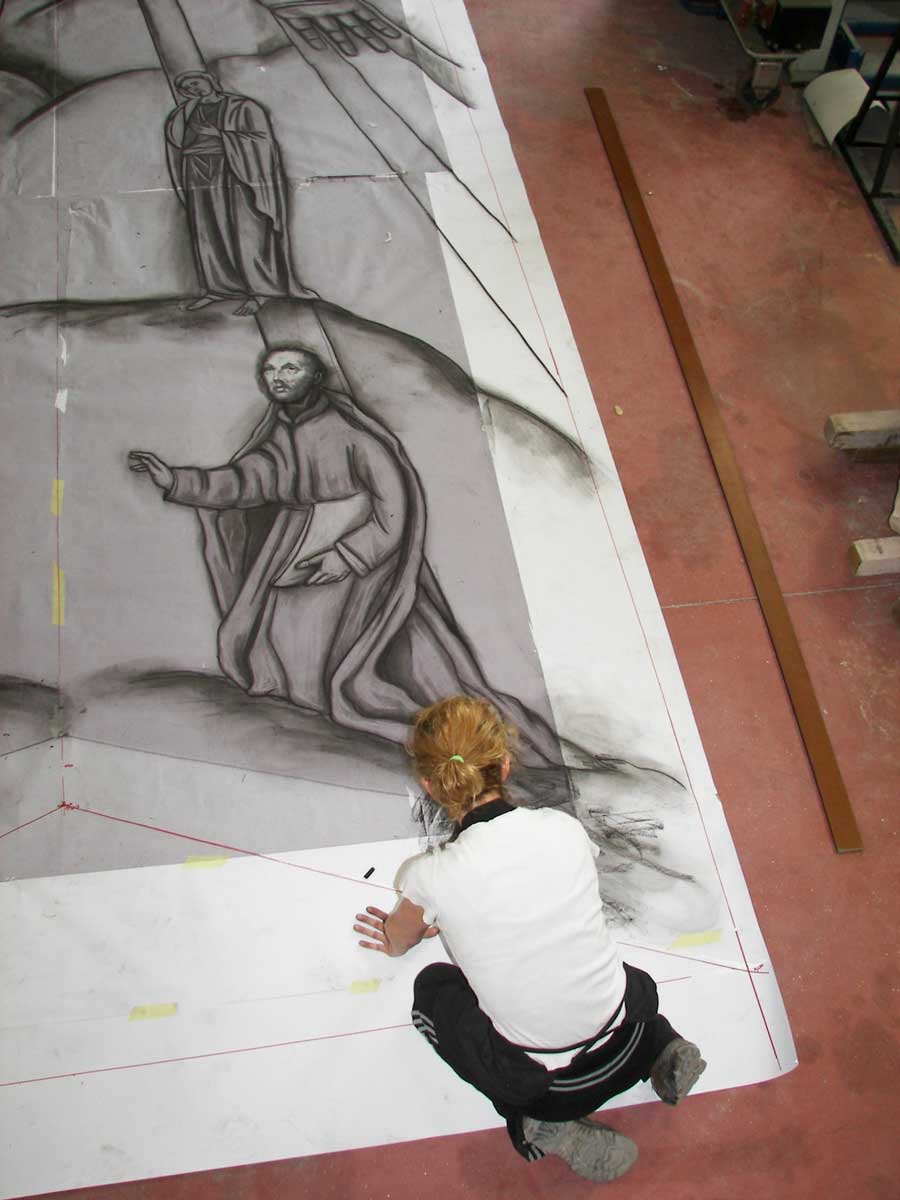 Company registered in the “Arts and Crafts” special register by Presidential Decree n°537 of 08/06/64.

Lauretana Arte is accredited by the following institutions: