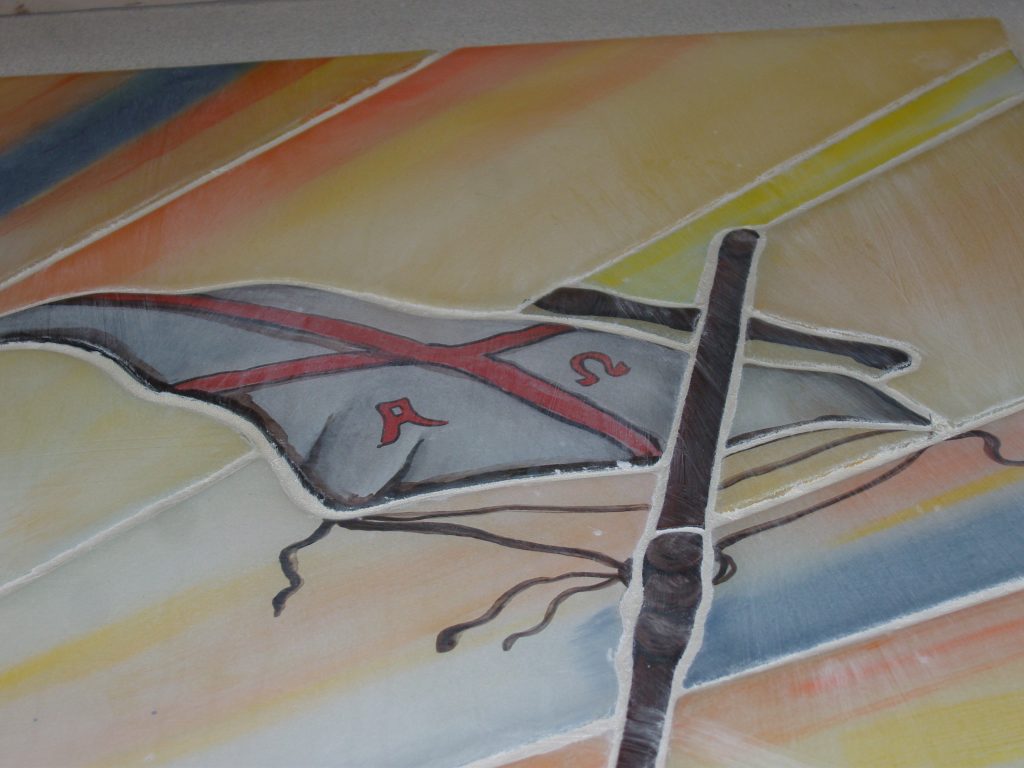 For the first half of its 4,000-year history glass was never used as an architectural feature.
It was instead employed in the production of jewels and boxes. The increasingly refined production techniques in time led to the creation of blown glass and other thin artefacts, which opened up the road to the production of glass suitable for windows.

Following the Roman expansion in the 1st century a.d. the use of glass spread throughout Europe. During the early Middle Ages glass was still an expensive material and so it only started to be used in England for private home windows towards the end of the twelfth century.

During the Gothic period, the true “first” age of glass, a differentiation started to emerge between structure and the glass used to close the openings. Churches were built with increasingly large glass surfaces. In 1248 sail-like clerestory windows, emphasizing the shape of the building, appeared in the Beauvais cathedral, marking an apex of this new art form.

During the High Gothic period windows were mostly in red and blue colour whereas in the late Gothic period the use of glass decorated with the grisaille technique started to be predominant.

Large glass surfaces became a typical feature of the Northern European Renaissance, as exemplified by the Hardwick Hall (1590-1597) where the glass panes are substantially larger and more regular than those used during the Gothic period.

In around the year 1700 molten glass became available in France in almost any size. Glass was particularly in demand for the production of mirrors, such as those used for the well renowned Versailles gallery. Another factor that promoted further technical developments was the need for special tough glasses mounted on carriages.

The Crystal Palace built for the London Great Exhibition in 1851, was a sensational building, made of an entirely glazed structure supported by a cast iron framework with elements in wrought iron and wood.

The exact chemical composition of the glass was only discovered in around 1900. This important discovery made it possible to control glass composition with greater precision. And so a hard and chemically passive material that modern industrial methods can make tougher, finally revealed itself as a great building material.
Modern prestressed glass is five times more stable than ordinary glass so it has an exceptional structural potential. The structural efficiency of modern glass increases even further when internal solar, laminated or coated silk-screened elements are applied to assimilate different functions.
Even glass’s most implicit property, transparency, can now be removed by simply turning on a switch that applies an electric current to an inner layer of liquid crystals.